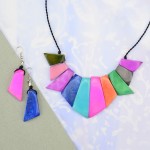 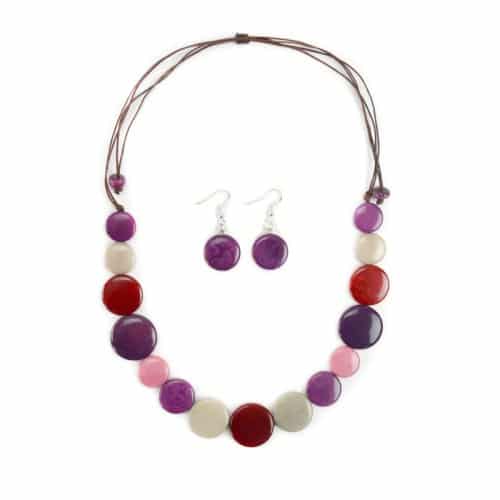 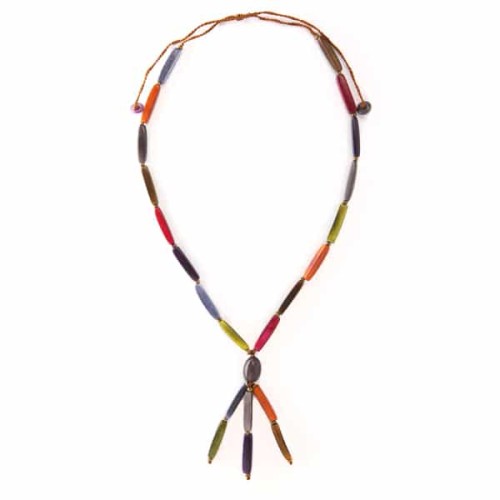 A highly structured show piece thats hand-carved and dyed out of tagua. Slide closure on necklace, earrings 2.25 in length. 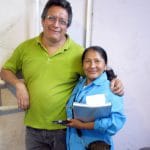 Be the first to review “Symmetry Set”